The coauthors of this book, Bernie Trilling and Charles Fadel, have long been completing each other’s sentences at Board meetings of the Partnership for 21st Century Skills (P21). Between 2005 and 2009 they co-chaired P21’s Standards, Assessment and Professional Development Committee, which produced P21’s breakthrough 21st century learning framework. This framework, plus the committee’s white papers, skills maps, policy guides, and “Route 21” web repository of 21st century learning examples and resources are all helping to guide the transformative work of education across the world.

In their global education roles, Bernie and Charles have spoken to thousands of educators and met with hundreds of education leaders on the move to a 21st century approach to learning.

Though they both have been deeply involved in the development of innovative technologies to reshape learning, Bernie and Charles share a deep conviction that the most important learning tools are our minds, our hearts and our hands, all working together. 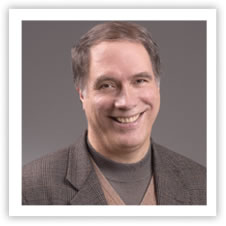 Bernie Trilling is a 21st century learning expert, advisor, author, and the former global director of the Oracle Education Foundation, where he directed the development of education strategies, partnerships, and services for the Foundation and its ThinkQuest programs. He has served as Board Member of the Partnership for 21st Century Skills and co-chaired the committee that developed the highly regarded “rainbow” learning framework.

Bernie has worked on a number of pioneering educational products and services and is an active member of a variety of organizations dedicated to bringing 21st century learning methods to students and teachers across the globe.

Prior to joining the Oracle Education Foundation, Bernie was Director of the Technology In Education group at WestEd, a U.S. national educational laboratory, where he led a team of educational technologists in integrating technology into both the instructional and administrative realms of education. He has also served in a variety of roles in both education and industry, including Executive Producer for instruction at Hewlett-Packard Company, where he helped lead a state-of-the-art global interactive distance learning network.

As an instructional designer and educator, Bernie has held a number of professional educational roles in settings ranging from preschool to corporate training.

Bernie co-authored the widely acclaimed book, 21st Century Skills: Learning for Life in Our Times, published by Wiley. He has also written dozens of articles for educational journals and magazines and is a featured speaker at numerous educational conferences.

Bernie is a lifelong, self-propelled learner. He has devoted much of his career to furthering the kinds of learning experiences he has found most engaging, collaborative, relevant, and powerful, working to make these experiences available to learners of all ages. 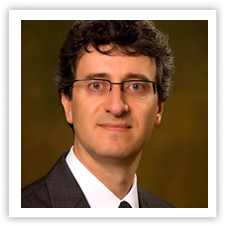 Charles Fadel is a global education expert, author, and inventor, with several affiliations:

He has worked with a wide variety of education ministries and organizations in Massachusetts, Canada (Federal, New Brunswick and PEI), France, Finland, Sweden, Italy, Chile, Brazil, Costa Rica, Tunisia, and the Dominican Republic, to name a few, and has worked on education projects with more than thirty countries and states.

He has contributed to and has been featured by media such as National Public Radio (NPR), the Canadian Broadcasting Corporation (CBC), the Huffington Post,  eSchool News, Education Week, University Business, Technology & Learning, New Media Consortium, MA and NY Associations for Supervision and Curriculum Development, T.H.E. Journal, and many others. He has presented at numerous education conferences, including at UNESCO, the World Bank, the Consortium for School Networking (COSN), the National School Boards Association (NSBA), the National Center for Technology Innovation (NCTI), and the Masie Center’s Learning conferences.

He is incubating DigData, a non-profit addressing the convergence of 21st Century Skills, psychology and linguistics to better teach Statistics and Probabilities.  He was creative advisor to the Hayden planetarium of the Boston Museum of Science on their new implementation, and has advised innovative school systems in Brazil (Lumiar) and Chile (Innova100).

Charles has been awarded five patents on video, content, and communication technologies.  He holds a bachelor of science in electronics with course concentration in quantum and solid-state physics with a minor in neuroscience, and a master of business administration in international marketing.  An avid reader, he has autodidactically learned disciplines such as evolutionary psychology.  He also enjoys the lessons of classical history.

His Bio can also be found at:  Charles Fadel